48 Hours To Protect A Home 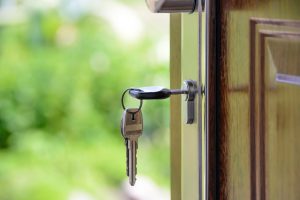 Public housing tenants have been given 48 hours to put together a case, before they front Housing ACT to argue for an exemption to the government’s relocation policy.

The policy in question, would see 300 Canberrans removed from their public housing.

Some of these tenants have lived in the dwellings for 60 years.

According to ACTCOSS, some of these tenants will be going before the Housing ACT panel as early as today, after being notified on Tuesday.

Shadow Housing Minister Mark Parton said this move from the government is utterly disgraceful, but it isn’t in the least bit surprising.

“The government talks, a really big talk when it comes to caring for vulnerable housing tenants, but in reality they’re either incapable of matching it with the necessary action, or they just don’t care,” said Mr Parton.

He said in some cases these people are vulnerable, and aren’t capable of dealing with these short time frames.

Mr Parton has noted, you could be forgiven for thinking that this process has been designed to set these tenants up for failure.

The post 48 Hours To Protect A Home appeared first on 2CC Talking Canberra.