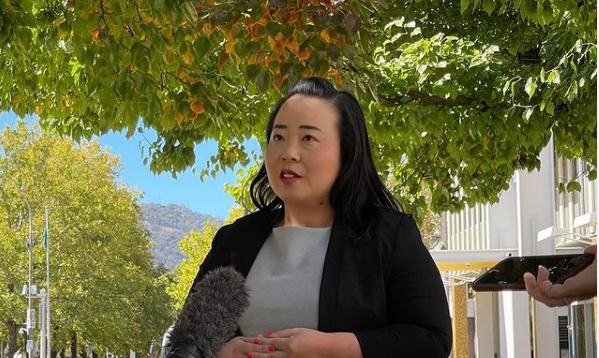 The Opposition Leader Elizabeth Lee will introduce a bill to the Assembly today, aiming to improve transparency in decisions made by the ACT Cabinet.

Currently documents are released on Canberra Day, 10 years after the record’s submission date.

Ms Lee says Canberrans deserve to have a transparent government.

“This ACT Labor-Greens Government routinely hide their failures and mismanagement from the public by refusing Freedom of Information requests on the grounds they contain cabinet material.

“A culture of secrecy has been fostered under this Chief Minister and a government that has been in power for over 20 years.

“This bill strikes the right balance between providing necessary transparency while also giving exemptions to documents deemed not in the public interest.

“In the ACT we are a unicameral government with no upper house providing the necessary checks and balances making it even more important these measures are in place.

“To simply hide behind a policy that says cabinet documents cannot be released for 10 years as a reason not to be upfront with Canberrans is not good enough.

“The Canberra Liberals believe in an open and transparent government, and we will continue to put forward policy that ensures the government of the day are held to account,” Ms Lee concluded.

New Zealand, also a unicameral government introduced a similar policy in 2018 that ensures cabinet papers and minutes must be proactively released within 30 business days unless there is a good reason not to publish all or part of the material.