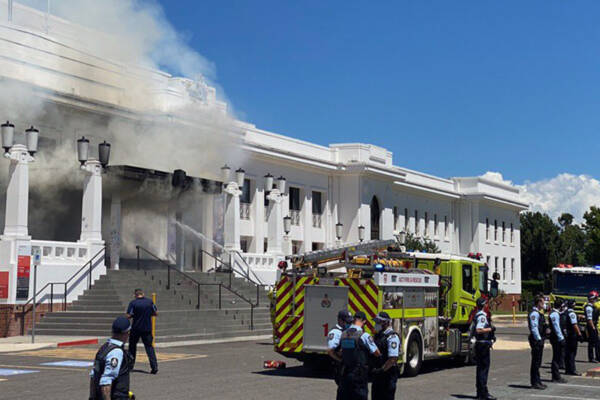 The man has been charged with arson and damaging Commonwealth Property and is expected to face the ACT Magistrates Court tomorrow .

This arrest is in addition to three other arrests made on Saturday, those people faced court yesterday.