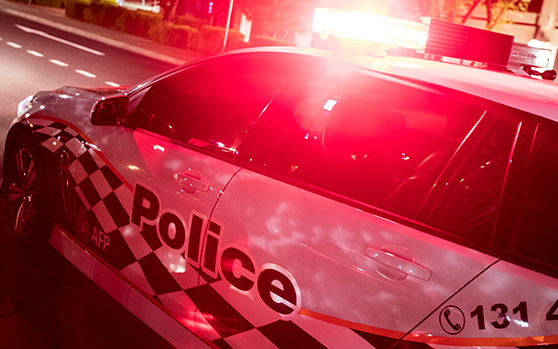 A woman has been charged with a string of dangerous driving offences between Canberra’s Inner North and the Tuggeranong region overnight.

The Braddon woman, who turns 30 today, will spend her birthday fronting court.

Police allege she was driving a stolen car in Braddon, before dangerously making her way to Canberra’s south, eventually crashing into a traffic sign in Calwell.

She was arrested and charged with fail to stop, drive without a license, drive vehicle without consent, aggravated dangerous driving and not stop at a red light.